What risks does global climate change present for insurers?

The insurance industry is already feeling the pinch from climate change: Calamities like floods, hurricanes, droughts, and wildfires have increased so dramatically that traditional insurance coverage against natural disasters no longer seems to be legitimate. Plus, the industry is faced with new, urgent challenges and a number of ethical issues, e.g. whether to continue coal investments.

What is climate change?

All scientific reports – including the most significant one, the IPCC’s official meta-report –– indicate that we will inevitably see a rise in average temperatures of 1.5 to 2 degrees Celsius – or maybe a lot more.

At first glance, these figures are not alarming; they can even be taken as a promise of nicer, milder weather. Unfortunately, that view is inaccurate – the process in question is not so much a climate warming but a climate instability. The average global temperature will rise by a few degrees, but in many regions the change will produce droughts, regular hurricanes, floods, melting glaciers, heat waves, etc. Many of these conditions can be observed today.

According to Munich Re, the world's biggest reassurance company, all of the previous 18 years have been among the warmest (since records have been kept, of course). 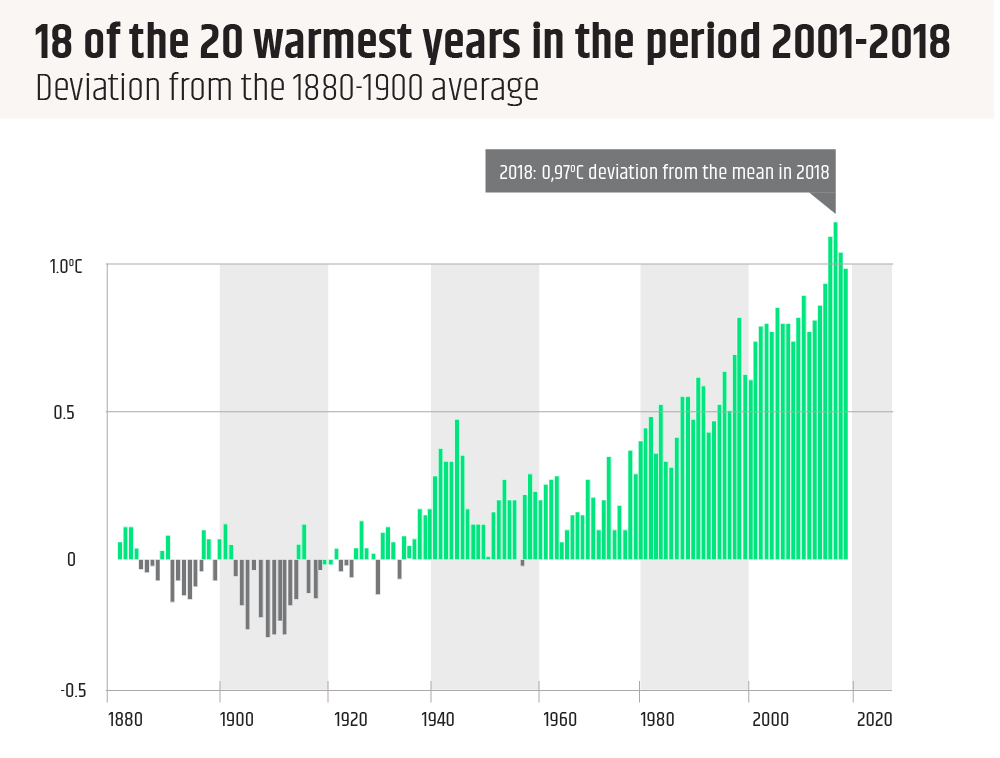 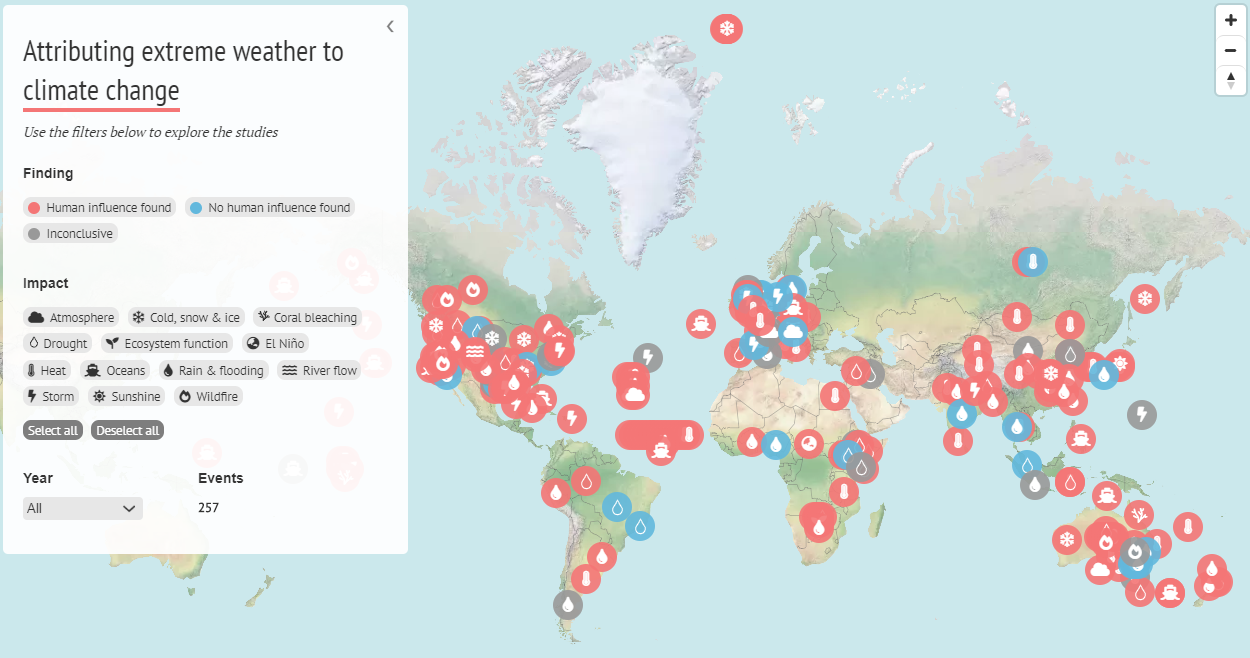 How does this translate into insurers' money?

2017 was a record year in terms of catastrophic weather. Take just three hurricanes – Irma, Maria, and Harvey – which hit the southern United States as well as the Caribbean and parts of South and Central America. They caused losses of about $265 billion.

In July 2013, a single hurricane in Germany inflicted losses of 4.6 billion euros; of this, 3.5 billion was paid out by insurers.

The growing number of natural calamities and their consequences are not the only concerns insurance companies need to face up to. In Avoiding Climate Chaos, Laurence Habahbeh points out other risks. For example, the world economy will have to switch to zero emissions and renewable energy sources. Such an imposed global change may cause political and economic upheavals that affect insurance companies. At the very least, they will impact insurers’ investments.

Is calamity the new normal?

Are there any signs of the situation improving? Unfortunately, no.

Swiss Re forecasts that 2018 (a year of many smaller natural calamities, often resulting from weather phenomena) should be recognized as “the new norm”. 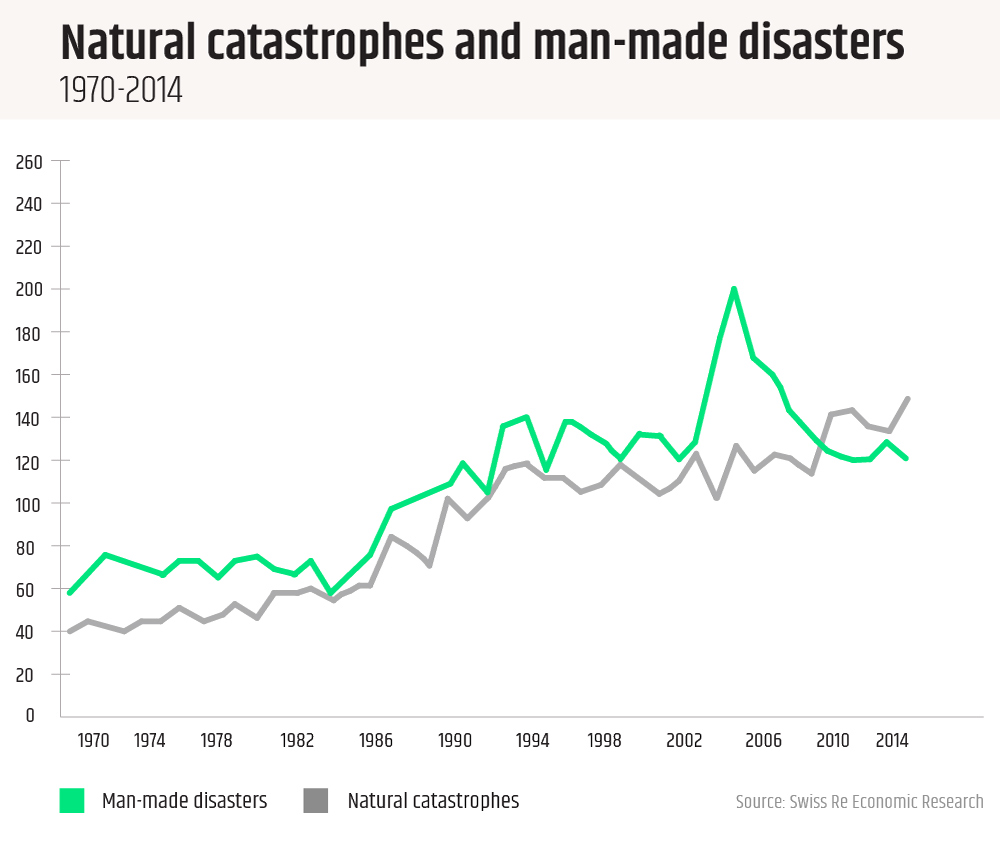 Catastrophes will abound and they will do increasingly more harm. The article Climate Change: Consequences of Inaction states forthrightly that by the year 2080, losses inflicted by floods in urban areas will reach between 700 and 1800 billion dollars: 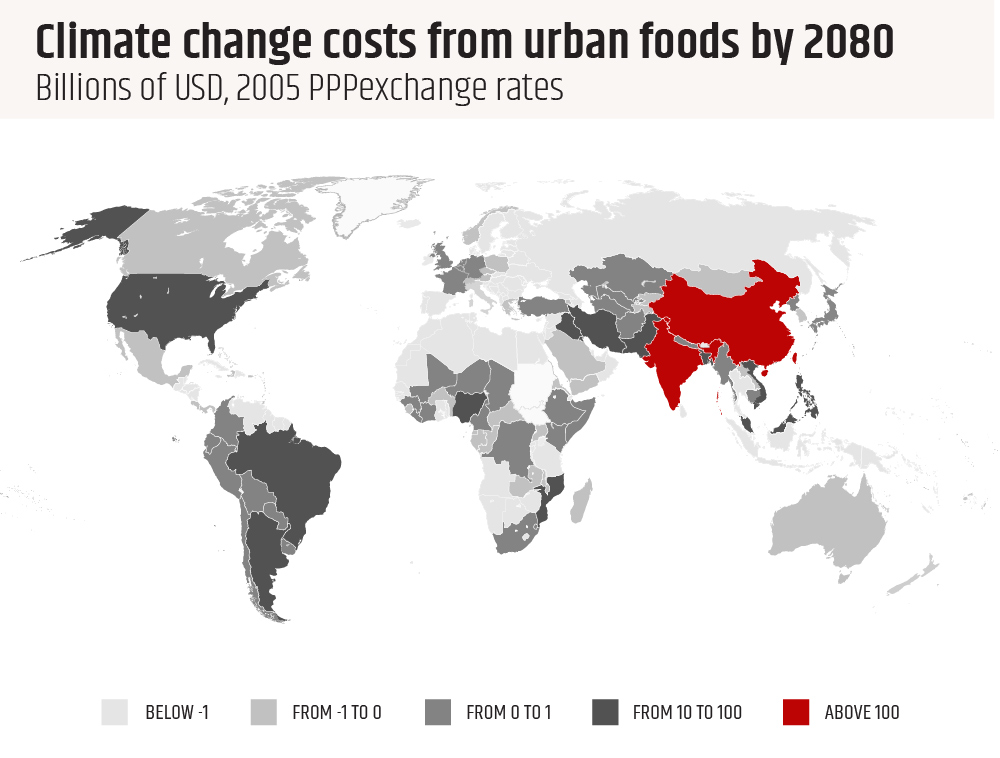 The aftermath of such events will significantly affect particular countries. The most acute damage will be done to economically underdeveloped areas of Sub-Saharan Africa and Asia – countries which emit few greenhouse gases and in fact have very little impact on the climate crisis: 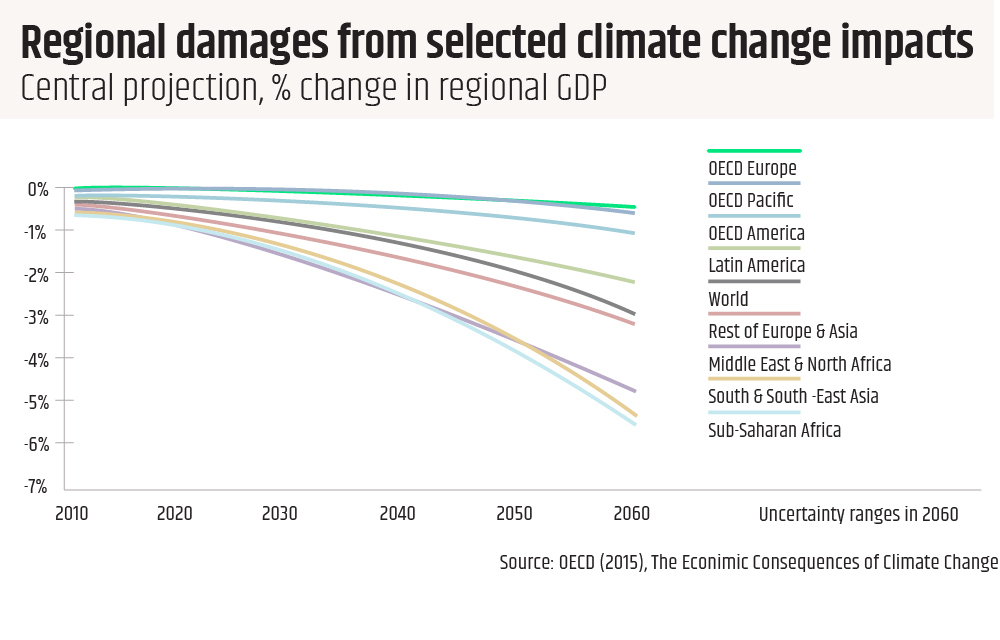 To get a complete picture of the forecasted changes, we should bear in mind the ”positive feedback loop”. Scientists indicate that a rise in temperatures causes effects which trigger further temperature hikes, for example:

The IPCC considers various scenarios for emissions and climate changes. Even the most optimistic scenarios (i.e. involving the reduction of CO2 emissions to zero, which seems downright unrealistic) predict a further rise in temperatures and a higher frequency of disasters. The scenario which is fairly enough called “Business-as-usual” by the IPCC forecasts a rise in temperatures of 8 degrees, and that means the world as we know it will be completely changed.

Will we be able to afford insurance?

According to Business Insurance, covers against hurricanes for the 2019 season grew by about 15-20 percent. (This is after record losses in the previous years.) Some companies have raised prices for all clients; even the owners of relatively unexposed properties have been paying more. A general trend, though, is towards diversifying clients and adopting precise risk assessment. In this instance, people who suffered damage in previous years are currently being offered rates that are 30% higher.

A similar rise in prices, this time for travel insurance, was forecast in a Financial Times article featuring market expert Chris Rolland:

"Climate change may boost insurance premiums in travel insurance, due to the need to cover a whole array of new extended risks".

The same article dealt with the problem of insuring properties located on the seashore. Even today, across the world, we’re seeing such properties disappear, swallowed up by rising sea levels. The risk of floods and the frequency of hurricanes has soared dramatically. The UK’s Environment Agency estimates that by 2034, rising sea levels will cause the submersion of 700 properties. The British government also predicts that losses caused by floods will grow from £1.2 billion in 2012 to £6.1 billion in 2080. This leads directly to spikes in insurance prices.

Some experts claim that soon people will not be able to afford insurance for natural calamities, such as fires, floods, or hurricanes. In 2018, half of the damages resulting from natural disasters were not insured. The costs were born by the victims or by national governments.

Can the financial industry respond?

Apart from increasing prices, are insurance companies – and the entire financial sector – bracing up for the upcoming crisis? Since 2018, the Bank of England has required all financial institutions to state precisely defined risks posed by climate change in their strategies.

Regulators spell out three main risks for the financial industry:

At the 2015 Paris climate summit, the biggest insurance companies established the Insurance Development Forum (IDF). The mission of this organization is "optimizing and extending the use of insurance and risk management methods with the view to more efficient protection of people, communities, businesses, and public institutions exposed to calamities induced by climate change". So far, apart from lofty phrases, the tangible results achieved by IDF are hard to see.

All across Europe, insurers and banks have been transforming their policies of financing "dirty" investments, like coal mines and coal power plants. According to Money.pl, Munich Re declared in 2018 that they were withdrawing from the coal market. Similar declarations had been previously made by Allianz, AXA, Swiss Re, and Zurich.

Polish banks have been following suit. This spring, BNP Paribas, ING Bank Śląski, mBank, and Santander announced their withdrawal from new coal investments (the so-called divestment). Banks have decided to quit financing coal for more than just PR reasons; the profitability of such a move is promising. It may mean the trend will last, and this movement is not just a short-lived gesture.

This may be the real wind of change in the attitude to the climate crisis. Beyond any doubt, the upcoming years will be critical – the destiny of the entire planet depends on how we approach the crisis today. Many experts claim the challenge we are facing is parallel to WWII: only a huge effort by all societies can divert the trajectory of today's economies.

So far, we are all on the Titanic with a clear view of the iceberg ahead. Would anyone insure this ship?