Almost every year, the State of the Merchant report is published in the US highlighting some major shifts in the eCommerce world. This year’s report is no different and contains some very useful analysis that can help you steer your eCommerce business in the right direction.

The data is collected by running a survey across hundreds of merchants from the U.S, Canada, Europe, and Australia, which qualify a certain level of annual revenue. Collected data is further processed to generate this report.

There have been some unexpected trends with Amazon. For the first time, non-Amazon sellers grew faster than stores selling on Amazon. Also, the sales coming from Amazon failed to impress this year and went up just 0.6% as compared to last year. 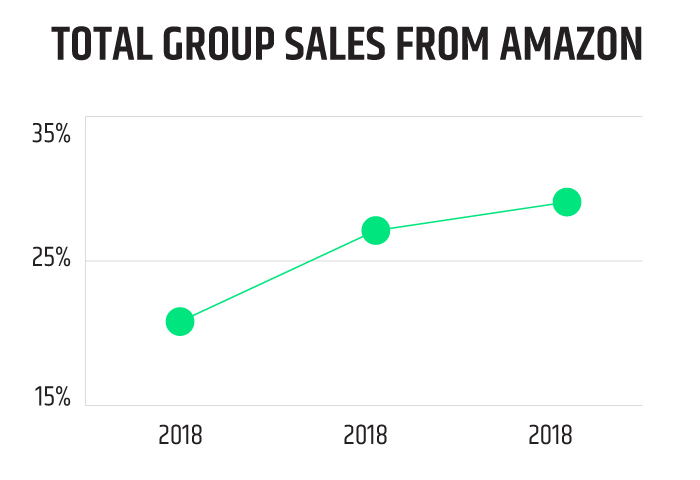 Source: 2019 State of the Merchant Report

Despite the popularity of the platform, especially among the U.S merchants, Amazon is facing some major shift in trend due to more domestic and foreign sellers competing by selling their own product line making it difficult for small merchants to make a real profit. Also, the benefit of growth and convenience in exchange for customer acquisition seems less compelling to many.

Although the drop shipping business dropped by 51% this year, the revenue growth grew at more than 44%. This shift in trend might be the result of strong competition posed by big stores to small stores which eventually went out of business.

As discussed earlier, more remarkable growth was seen in non-Amazon sellers, which grew from 30.1% to 36.5% from the previous year, which is 1% higher than Amazon sellers this year. It’s difficult to highlight the root cause of this behavior, but it's safe to say that merchants are competing harder to sell on Amazon. 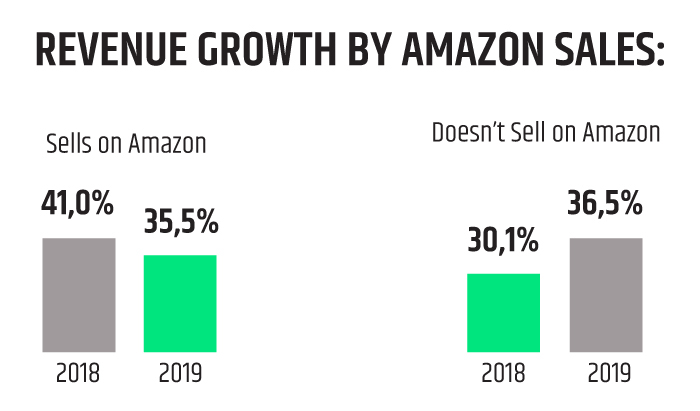 Source: 2019 State of the Merchant Report

The majority of the respondents declared organic as their main source of generating traffic. Some might disagree considering the increasing popularity of Facebook and Google ads, but the data speaks for itself.

2019 State of the Merchant Report

It's no secret that the eCommerce world is getting more competitive every passing year. In the report, merchants highlighted several factors they have to deal with to keep their business running and profitable. Top ones are competition caused by Chinese sellers, sales tax and time management.

It has been another great year for e-Commerce as depicted in the report. These results also mean even greater competition. If your current conversion rate is not satisfactory, e-point has over 20 years of experience in the e-commerce industry, enabling the implementation of effective strategies that can contribute to the improvements in conversion and overall sales growth.