An expert’s take on blockchain, e-commerce, and the future

For some years now, blockchain technology has been one of the hottest topics in IT. Its proponents constantly proclaim that it will spark a revolution in many areas of our lives, while skeptics downplay these expectations. Meanwhile, businesses are paying increasing attention to the potential gains of using blockchain.

How will blockchain’s further development affect e-tailers and other businesses? To get some answers, I approached Wojciech Kaźmierczak, an expert in new technologies and the co-founder of Blockchain4Everyone.

"The idea of Blockchain4Everyone cropped up while we were working on a higher education diploma authentication project. One of my tasks as a project coordinator was to familiarize people with blockchain technology and explain its workings". 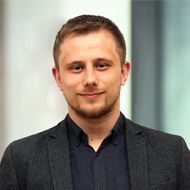 "I received very positive feedback from my interlocutors, so I decided to launch Blockchain4Everyone. Its main goals are raising awareness of the impact of new technologies, gathering and educating people of various ages and backgrounds who are willing to discover and shape the world" - says Wojciech Kaźmierczak.

Blockchain4Everyone spreads new technologies through its own events and meet-ups and by co-organising and attending conferences. The organization conducts open and commercial training courses and researches the protocols of decentralized decision making, new financial markets, and other areas. Blockchain4Everyone also supports early-stage startups with idea validation, connecting with potential users, and raising capital.

Blockchain has been stirring interest for a while. What is it, really?

From a technological point of view, blockchain may be defined as an innovative kind of database, one that allows many entities to control its status at the same time. This may strike some as the opposite of a full encyclopedic definition, but that’s not really the point. I believe the change we are facing will be about trust, cooperation, and what Yuval Noah Harari dubbed "imagined orders", which refers to the shaping of social norms by adhering to the same myths. Blockchain technology may be a catalyst for such processes.

Blockchain is a database that is shared by computer networks and to which new records are continuously being added. Each record or block receives a unique code that includes a reference to the previous block. Each marked record is added to a chain of blocks, which are connected in a particular order. All records are stored in a peer-to-peer network, not in one central place.

Some claim blockchain will revolutionize our lives in many ways, such as by facilitating a token-based exchange of services. How much of this claim can be applied to the e-commerce industry?

For the e-commerce industry, change may mean setting up an ecosystem based on tokens, where there is no central intermediary as the marketplace. This type of infrastructure relies on open code, which is created by developers who are remunerated by tokens. The behavior of the ecosystem’s participants is motivated by specific stimuli. This is where we enter interaction system design, an area of economics research known as Mechanism Design.

A token is a digital unit of value based on blockchain technology. It is mostly employed for utility, settlement, or investment purposes (or all of them together). For example, some tokens allow access to particular services, others are used as proof of ownership for a particular good that contains interconnected information (such as purchase or expiry dates).

To anyone not familiar with blockchain, that probably sounds really complicated and futuristic. Are there any solutions that can currently offer real benefits for e-commerce?

The current adoption and comprehension of blockchain technology is, in my opinion, too low to reap real benefits just yet. Many projects look more like a sprint to quickly raise funds from investors, not a marathon with long-term, sustainable growth and the creation of a working product as the goal.

Even so, this may change quickly. I believe educational actions may help a lot, both to convince end users to apply innovative solutions and to encourage entrepreneurs to actively invest in R&D. Introducing blockchain-based mechanisms to working solutions may visibly speed up growth and become the catalyst for widespread change.

So, most e-commerce use cases are yet to come. What about other commercial applications? Some businesses have used blockchain and reaped measurable benefits. I’m thinking of Carrefour and IBM, who partnered to apply this technology to track and secure supply chains and netted increased sales for some products. Starbucks and Microsoft have announced their launch of similar systems. Give us your take on these developments.

Logistics is a flagship application for blockchain technology because a supply chain has many touchpoints where various stakeholders interact. Before a product hits the shelf, it moves through many places where it might be damaged or even exchanged for something different. Blockchain allows companies to track products at every stage of their supply chain; this gives them control to see that every stage of the process complies with standards and remains uninterrupted.

It may easily be claimed that if a product is checked and reported on by a human at a given stage, we should be able to trust that person’s honesty. However, the Internet of Things generates an increasing amount of sensor data, which means external data sources may actually be the ones reporting back to the company. For example, say a milk truck is fitted with temperature sensors and at some point the truck’s refrigerator breaks down. The truck’s sensor data goes directly to the common database and a message is sent that the appropriate transport conditions have not been kept. Another example may be using RFID readers to ensure that a bottle has not been tampered with. Companies can set their ground rules and verify that everything is compliant; if not, any discrepancy is automatically detected.

Placing a record in the chain protects its authenticity and confirms the date of establishment. Introducing even the slightest change to a block alters its code and causes the whole chain to decompose. Falsifying any data contained in the block can go unnoticed only if all chain copies are modified simultaneously across the dispersed network. Doing that in a blockchain environment is a lot more difficult than attacking a database that’s managed by various entities.

In the context of e-commerce, it is important to mention the Libra project, which assembles e-payment and e-service companies under Facebook’s auspices. Shouldn’t cooperation between companies like Mastercard, PayPal, and others send a signal that groundbreaking market changes are within reach?

As for Libra itself, I would rather withhold any judgement for now – we’ll need to see whether the project develops. There are many different opinions voiced in the community. There are doubts about Facebook’s user data security; adding a means of payment to an already complicated puzzle may open the way for even more oversight.

From the point of view of a technology enthusiast, the fact that these giants are preparing a blockchain offensive is a positive signal. In my opinion, it will stimulate curiosity and encourage people to experiment with technology. We don’t really know what the markets will look like in a few years' time, but remaining a passive onlooker to certain attempts may produce grave consequences.

Libra is a cryptocurrency and blockchain system created by Facebook. Further development of the project is to be overseen by the Libra Association, a non-profit organization founded by 28 companies including Facebook, Visa, Mastercard, PayPal, PayU, eBay, Vodafone, Mercado Pago, Booking Holdings, Spotify, and Uber.

What tips would you offer to e-commerce companies that have not yet considered applying blockchain in their operations?

First of all, I would encourage them to educate themselves and approach the problem from various angles. For example, modelling future trends is often done using the STEEP model, which indicates areas that will bear a key impact on organizational functioning. Attempting to understand various perspectives is key to staying ahead of the market and standing out from the crowd.

It may help to follow interesting projects such as Gnosis, DAOstack, or Ocean Protocol; it’s also worth keeping up with reliable reports on blockchain projects, such as Outlier Ventures’ Token Ecosystem Creation. In Poland, we generally lack that approach to innovation represented by the Innovation Mindset, but we strongly hope this will change. There are programs that support innovation, such as tax rebates on research and development, and we also have NCBiR and PARP.

We have been talking about blockchain technology, but your organization is not limited to this one technology, is it?

No. A core concept of blockchain technology is that it generates the most value when connected with others. Our approach is all about continuous learning, getting to know new perspectives, and mastering new things. We believe that combining blockchain with other cutting-edge technologies like machine learning, self-driving cars, robots, the Internet of Things, Augmented Reality, Virtual Reality, 3D printing, and others can create unique value.

You also have practical experience in machine learning (ML). Companies have used ML to counteract fraud and to partially automate their sales process. Do you think the rest of the market will follow suit?

I think ML applications will become standard in the future. A key role will be played by data, which provides fuel for algorithms. Processes automation can cut costs and boost efficiency at the same time. It must be kept in mind, though, that the automation process is time-consuming and often tedious. We need to have patience. Still, it will be worth it.

Content Specialist and Blockchain Evangelist at e-point. Enthusiast of new technologies, who uses his creativity and pen in the marketing team. After office hours, Bartek turns into a crime writer and works on the next adventures of Gaia Wolf.

Founder of Blockchain4Everyone. A graduate of the Warsaw School of Economics, with several years of experience in working with machine learning and blockchain. New technologies popularizer with a passion for educating and connecting the world of science with business. In his spare time, a compulsive book devourer, a maniac of knowledge, an avid runner and bridge player.