Twitch is a gaming streaming platform with engagement rates unseen anywhere else. But on the other hand, launching a good marketing campaign on the platform is not an easy thing. So is Twitch commerce really a thing?

Apparently, the younger the audience, the more annoyed and bored with celebrities it gets. The ‘one-for-all approach’ centered on a traditional celebrity -usually a TV personality- is becoming less relevant for the younger generations that are used to patchworking their own TV programs from Netflix and other VOD providers rather than watching terrestrial TV.

Contrary to a celebrity, an influencer draws from his or her close contact with the audience, their proficiency in the occupied niche and the high engagement. No matter how popular, the celebrity will always be distant, while an influencer is usually an ordinary guy or a girl just like anyone from the audience he or she is influencing.

That’s why it is getting more popular to target specific audiences via increasingly uncommon channels like Twitch.

Therefore when a returning user makes multiple visits to a PWA, they get immediate loading via cached content, and the rest of the content is displayed progressively. This modern-day web technology makes the mobile web experiences rival that seen on desktop. 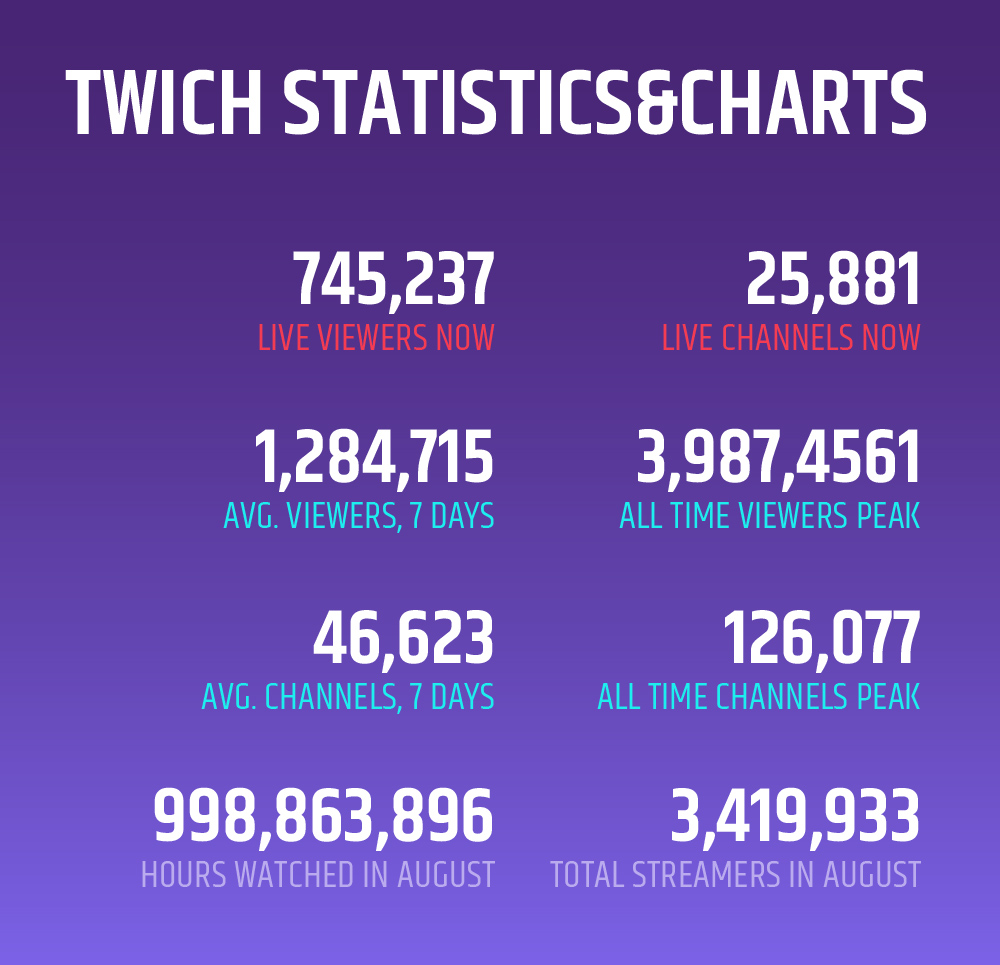 What is Twitch and why does it matter?

Twitch is a streaming platform for gaming that enables people to watch other people playing (mostly computer) games. Anyone can launch own stream and invite others to participate, so there are both professional players and amateurs. People stream classics and the newest productions. Some share their speedruns (coming through a game in the shortest time possible) while others share their endless sessions of complete walkthroughs (every quest is done and every secret discovered in a given game). That’s why there are between 2.2 and 3.2 million broadcasters there, watched by more than 15 million daily active users amassing 44 billion minutes watched per month. 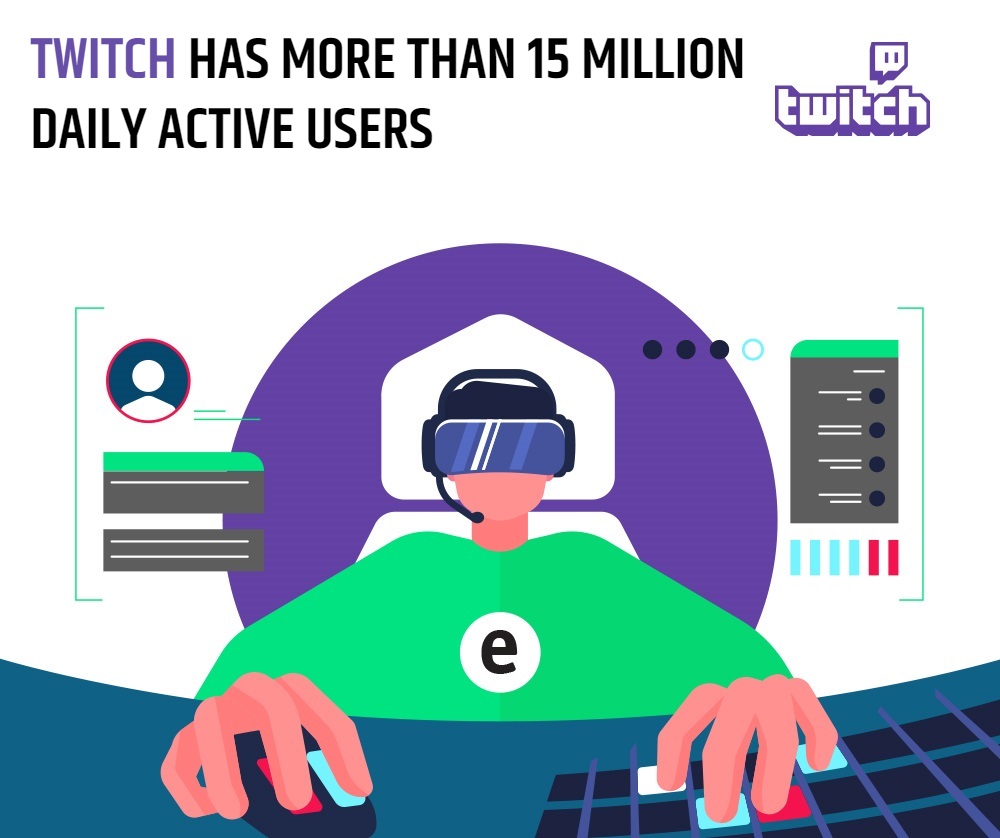 Twitch is, unsurprisingly, full of gamers who actually form their own subculture both online and offline. Among users, 81,5% are male and 55% aged between 18 and 34 years.

Why would one watch how someone else plays?

The most basic question is the purpose of Twitch; what is the point of this platform’s existence? Why instead of playing on (mostly) his or her own, would one watch how someone else is playing?

Computer games are currently a strong branch of the entertainment business, seen as a cultural activity of rising significance. The gaming video content market was worth $5.2 billion in 2018 with 2.3 billion players around the world. They want to participate and build community.

It is relatively easy to watch movies and read books, while gaming comes with bigger expenses. Older games aren’t fully compatible with the newest hardware and software, while the newest titles require costly investments into a console or a powerful PC. Not all players have money for the newest hardware, yet they don’t want to stay behind - they want to take part in discussions and know about latest trends. Watching gamers on Twitch provide them with mood, knowledge, and sense of community.

Additionally, not all players enjoy the same types of games, yet they can be interested in story or game’s lore.

Twitch is also a platform to watch pro players, so spotting any professional moves and techniques is another reason to use Twitch.

The wish to form a close relationship with the relatively hermetic subculture of players combined with massive engagement resulted in the unexpected takeover where Amazon bought Twitch for nearly one billion US dollars in 2014 ($970 million to be precise).

E-commerce on Twitch - the obvious way

Twitch is full of influencers and micro-influencers that are followed by thousands of players worldwide. The game-centric nature of the platform makes it an obvious target for gaming-related brands.

What will you learn from this article?

The perspectives mentioned above are the most obvious ways for e-commerce brands to leverage Twitch, especially so for those companies which are gaming-related. But the platform is far more flexible than it appears at first glance.

NBA (National Basketball Association) is one of the most renowned basketball leagues in the world, incorporating 29 teams from all over the US and -what comes as a surprise for many- one from Canada, the Toronto Raptors. The league itself attracts sponsors but finds it challenging to appeal to younger audiences.

And the nature of the young audience means that it has become the key target group. That’s why the organization decided to stream basketball matches through Twitch. Currently, it is not about the top players like Chicago Bulls or Boston Celtics, but the minor G league. So anyone willing to see how Westchester-Reno clashes with Grand Rapids-Canton can see that on Twitch. The experience significantly differs from traditional TV transmission, as the spectators can comment and share thoughts on the gameplay.

Essentially a sense of community is brought to the NBA in true Generation Z-style.

Another case that shows Twitch’s versatility is the unexpected case of the Dungeons and Dragons pen-and-paper roleplaying game (RPG). Dungeons and Dragons is considered a pioneer of RPG game systems with an iconic high-fantasy setting, built upon archetypes of mages, rogues, warriors, elves, and dwarfs. The game itself was published in 1974 for the first time with popularity swinging from cult-following in the 80s (think about D&D-obsessed protagonists of Stranger Things) to fall-back later and then suddenly explode again recently.

According to Nathan Stewart, senior director of Dungeons and Dragons as cited by The Verge, over half of the new players who have started playing the recent fifth-edition got into it by watching streaming sessions on Twitch. The concept was as simple as it is crazy - just take professional voice actors and let them play goblins, dragons, elves, and dwarves in a fantasy world.

Watching them converse and go through epic journeys appeared to be as entertaining as watching people playing games with astonishing graphics and polished AAA gameplay from top publishers.

Apparently, Twitch is full of offline, tabletop and RPG games, showing that being a gamer is not limited to digital entertainment

Who (and which brands) can benefit from Twitch

Considering all of the above, Twitch is not a horizontal type of social media platform like YouTube, Facebook or Twitter. With its gaming-centric experience it gathers a hermetic and highly engaged group of players who form a community, and a kind of subculture.

Thus, Twitch is not a place for a random brand that is looking only for building reach and awareness. The brand or product needs to be at least loosely connected with the gaming world. It is possible although not always obvious.

So the key for non-gaming-related brands on Twitch is to “feel and understand” the gamers subculture, and the unique qualities of this community. A random encounter with a mayonnaise brand or a parenting one, when not carefully designed and thought, will probably not deliver the results.

Influencer marketing is all about authenticity, and Twitch is an extreme version of this. Its unusually high engagement rates come with the added prize of having a radar on the gaming world and the mood of its community. Any brand that can understand the nature and appeal of gamers, will find Twitch a powerful marketing tool. Those that cannot, will see it only as a freak gaming corner on the Internet.