What is React Native?

Facebook based the React Native multiplatform framework on React, its JavaScript library. The React Native framework is used by leading companies around the world to develop mobile applications. Its adaptable components can recognize the current operating system (iOS or Android) and render the most suitable output. Its ability to support multiplatform applications, use native modules, and create platform-specific elements have made it an extremely popular and cost-effective choice.

React Native is very well suited for creating applications that require extended functionalities, such as:

Afterpay chose React Native because it wanted to offer new in-store payment options to their clients; customers could now settle their in-store bills using codes generated by Afterpay. The quick, dual-platform development of this application attracted vast numbers of new customers; within 48 hours of its launch, the app ranked first in every local app store, was downloaded 15 million times, and received a rating of 4.9/5.0. Since April 2020, Afterpay’s iOS and Android apps have had over 6 million active users each month.

Using one code for both platforms reduces costs and simplifies team management.

React Native is a secure, popular framework backed by a worldwide leader.

It supports external plug-ins and components, allowing for easier enrichment of apps. 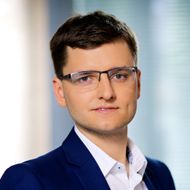