The state of Online Journey Hijacking

E-commerce businesses invest a significant amount of time and money in marketing efforts to bring potential customers to their online stores.

But all these efforts go in vain when a customer sees an illegally placed advertisement from a competitor and decides to leave the store. Online Journey Hijacking involves illegal access to the user’s browser via digital malware, which is then utilized to show pop-ups, banners, and redirects.

The majority of the visitors don’t even realize that they are looking at illegally inserted banners. For example, while browsing an online store, you may have seen ads running on the sides or a floating banner showing strange offers, continuously asking you to click and reveal the offer. Visitors browsing through the online store are interrupted by these rogue banners which display promotions from a competitor compelling visitors to leave the site.

Similarly, you may have experienced irritating promotional pop-ups while browsing a website or reading a blog. These pop-ups are also inserted illegally by the malware which goes unnoticed by the host website. Such pop-ups are very common on online stores where they are used to show a fantastic deal, creating a sense of urgency so that user click on it and ultimately abandon the legitimate store they would have otherwise purchased from.

THE STATE OF ONLINE JOURNEY HIJACKING 2018

Namogoo is fighting this by spreading awareness with the State of Online Journey Hijacking report. This report contains an in-depth analysis of data collected by analyzing millions of page views across verticals from Europe and the U.S. The aim is to highlight the essential factors involved in this phenomenon which can help e-commerce businesses to prevent the negative impact this practice poses to customer acquisition and conversion.

When we consider all major web browsers, Apple Safari users took the major blow for both desktop and mobile, with infection rates of 24.66% and 19.9% respectively. The desktop infection rate was the highest in the U.S. during the holiday season in Q4 at 21.57%, while in Europe the graph was the steepest during Q2 at 22.56%. 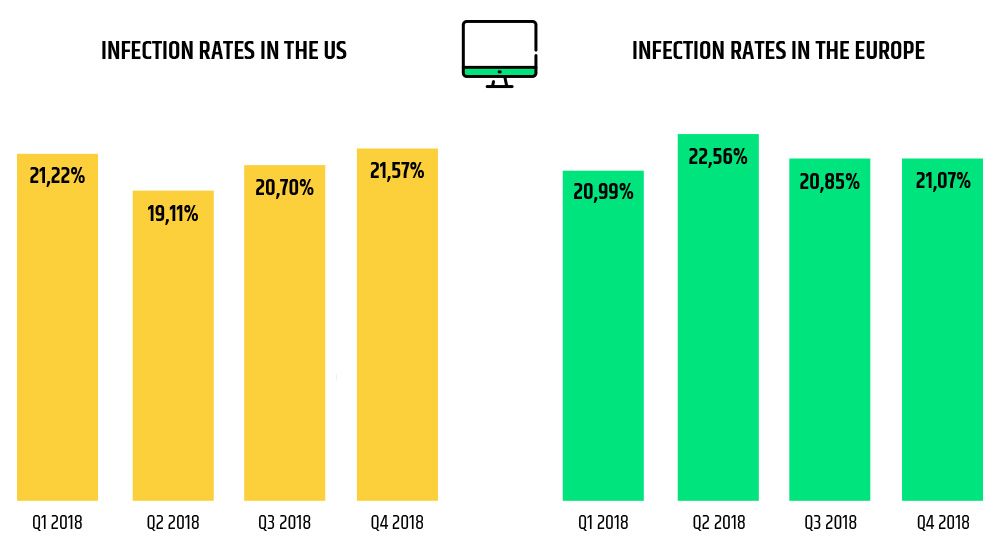 Things weren’t pretty for verticals either, especially during the holiday season. It wasn’t a surprise to see marketplaces most affected with infection rates of 32.94% for desktop sessions and 25.05% for mobile. Similarly, users browsing through subscription-based websites were hijacked with rates of 43.26% and 34.07% respectively.

Thirty-nine percent of infected users were targeted with banner-ads while browsing a website, and annoying pop-ups were forcefully shown to 29.9% of the infected users. The other 28.05% were exposed to product ads and promotions.

Let’s look briefly at the infection rates of various mediums.

Both the U.S. and European markets were affected throughout 2018. Revenue was severely affected during Q2 and the holiday season in Q4 for desktop users due to high infection rates. Due to the structure of the commission gained, most of the infected activities are targeted to desktop; therefore, infection rates for mobile are comparatively lower than for desktop. For the European market, it was at a peak in Q3, and for the U.S. market infection rate was highest in Q4.

As highlighted earlier, Safari topped the list of infected browsers followed by Google Chrome. Whereas, for mobile, Facebook’s in-app browser contributed 12.62% to the hijacking infection rate. That’s because more and more users are browsing content over Facebook and end up seeing unauthorized ads. 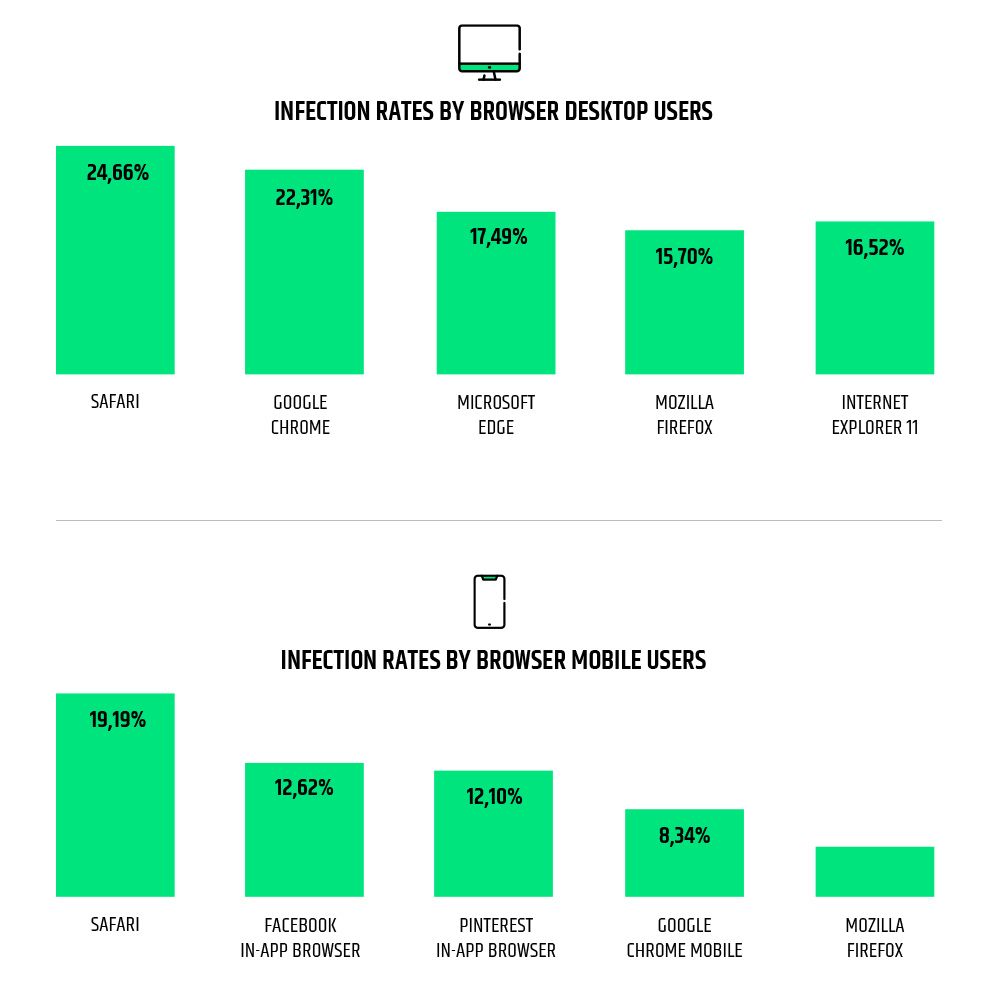 The most popular type of ads used for Online Journey Hijacking were banner ads with a 39.02% infection rate. These types of ads were used on both websites and marketplaces. Product ads and Pop-up ads affected 29.21% and 28.05% of marketplace users respectively. They would normally visit a marketplace with the explicit intent to purchase, hence this almost certainly led to a loss in revenue. 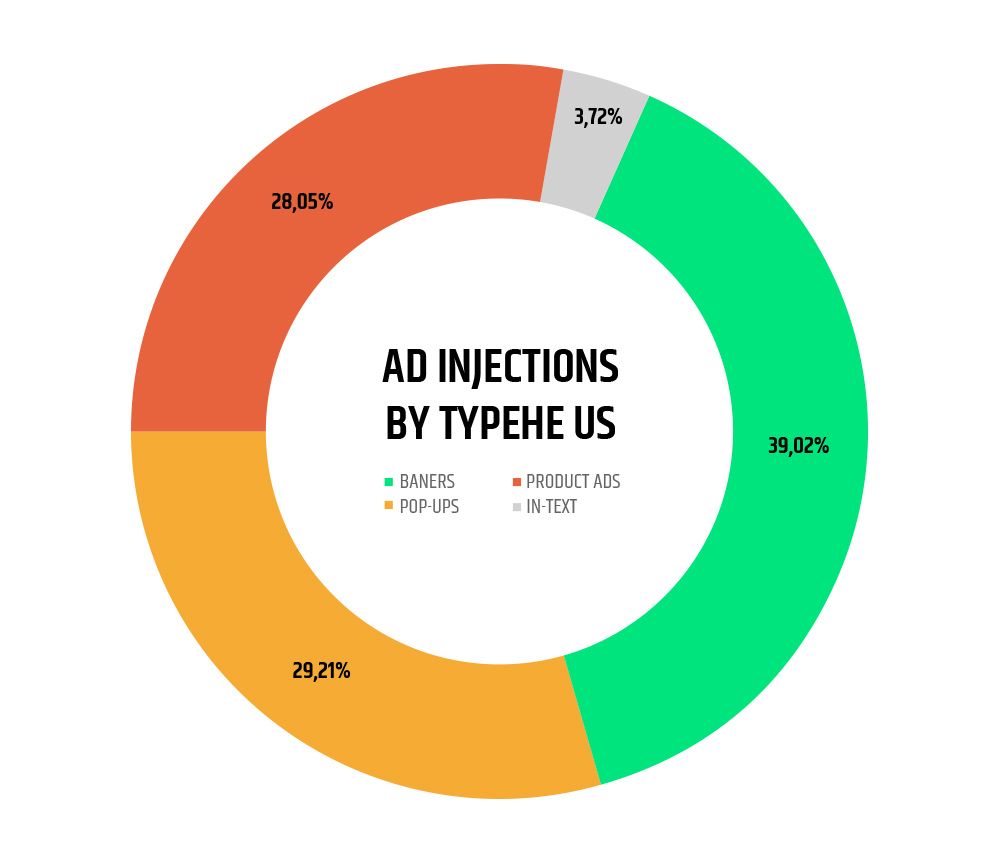 Conversion is probably the most important factor for online business owners. Interestingly, for those users who had been previously affected by such illicit ads, the converted rate was twice as high as that for unaffected users, after the illegal ads were blocked. 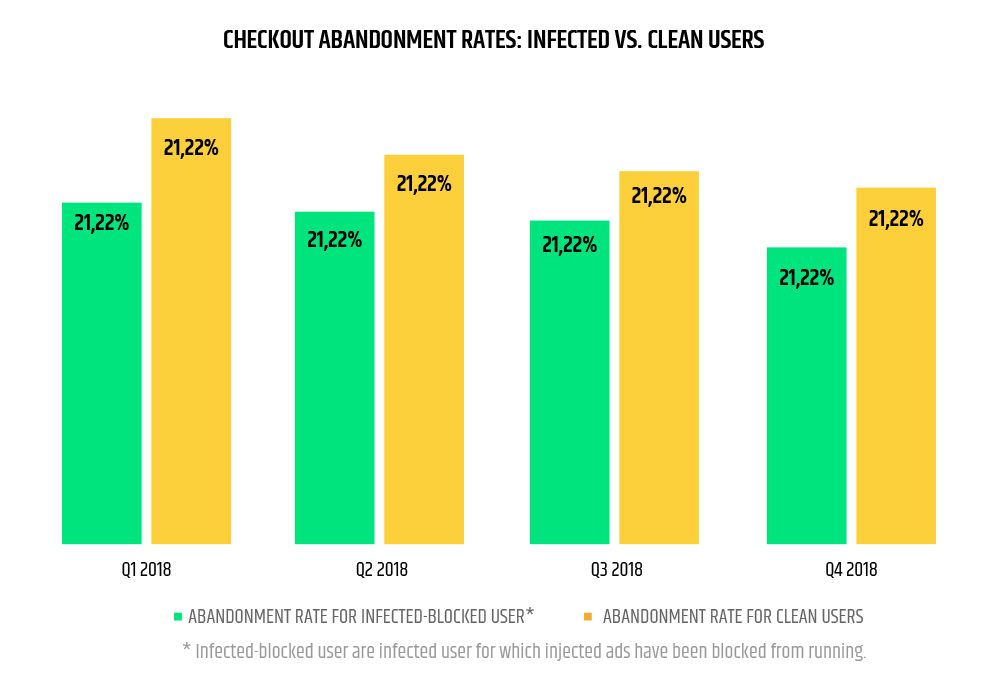 Online Journey Hijacking is a serious problem and an ever increasing threat for online businesses. It is crucial to get experts on board to counter the negative impacts of these malware infections, and to come up with a strategy to grow clientele and revenue.

e-point is a leading authority within the e-commerce space, and has in-house experts who have been supporting online businesses for more than 10 years.